Hals Museum & Skanse (Museum and Redoubt) tells the story of the rise of Hals and the town’s development. The museum is placed within an old fortification built in 1653. The redoubt has been used for many different purposes throughout the years, including housing for German troops in World War II.

Economic challenges has forced budget cuts for the museum. This means that the museum needs a redesign, which includes making the museum unmanned, free to visit. The idea is to communicate history through digital means and a creative redesign of the museum.

Our proposal for a redesign of Hals Museum & Skanse focus on the family friendly target group to accommodate children as well as adults, and make a visit to the Skanse a fun family activity.

The new and improved museum will allow you to experience the life of a new recruit defending the redoubt. Personal soldier ID-cards will be your access to various video presentations in the museum, and the children can experience the action of battle with the Skanse App and the Cannon Game.

This concept illustreres the possibility to experience a day in the life of a solder from Hals Skanse in the 1600’s. The visitor prints an Id-cart with a RFID-chip incorporated within it. Thus the visitor gains access to interact with the different concepts in the museum.

This concept exemplify the old cannons, which were used to defend Hals Skanse in the 1600’s. Here the visitors have a possibility to shoot the invading swedes by using the virtual cannons.

The third sketch illustrates the link between concept one and concept two, and thus the chronology of the museum tour.

The designprocess includes gathering of data and analysis where new perspectives arise. This process was done chronologically as seen in the methods bellow.

Friday the 15th of September the UCRAC project started when Ramesh introduced the groups to the case. Group 3 received the case of Hals Museum og Skanse. The museum changes into an unmanned facility with interactive, digital means of communication. 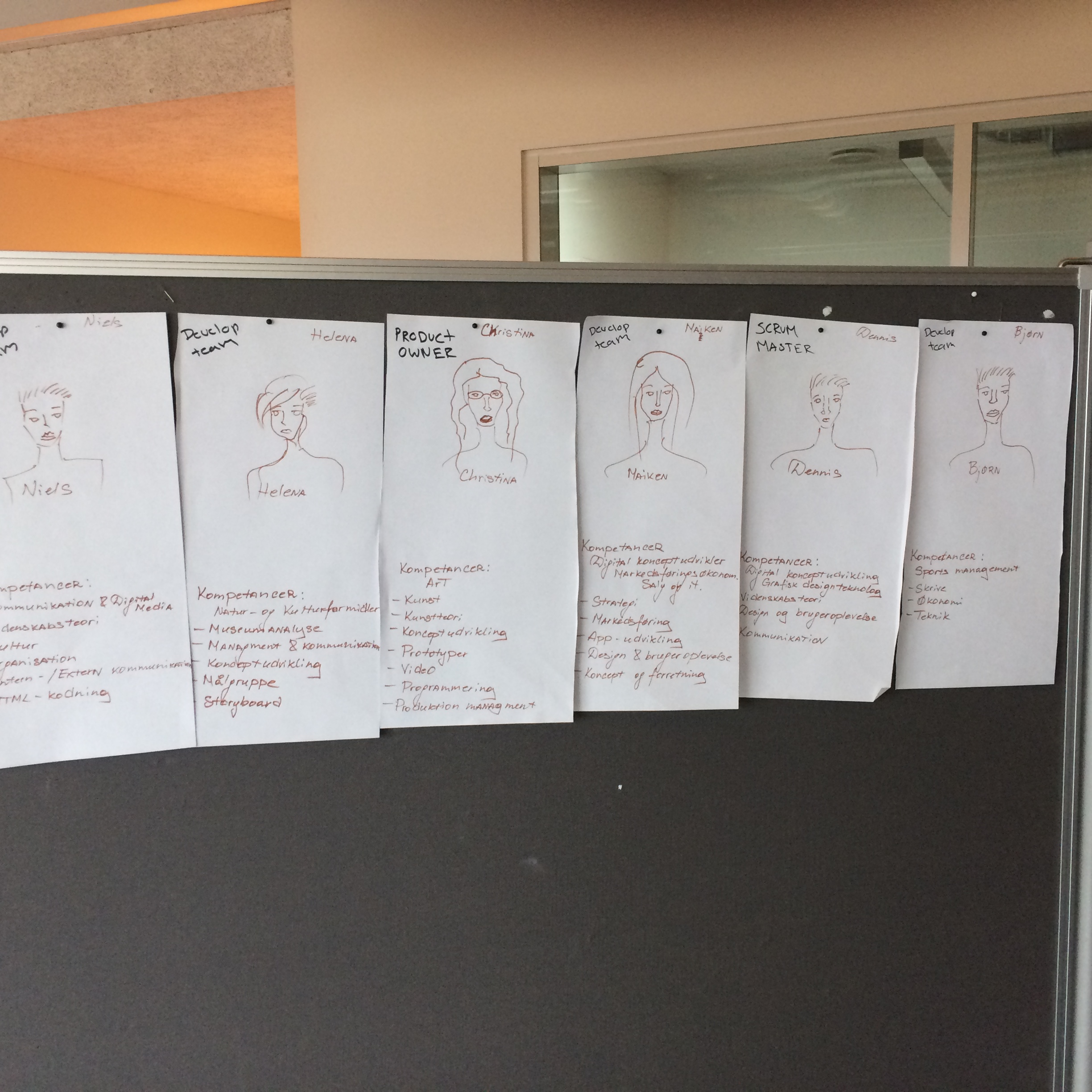 Week 1
After spending the afternoon researching, it was quickly decided that that research was not adequate and that an excursion to Hals Museum og Skanse was necessary.
The next day revolved evaluating the museum; it was debated whether or not the name of the museum covered the four themes that were displayed, and whether or not four themes were too many.
The general attitude in the group was that there was definitely room for improvement and that the museum had too many different themes considering how small there space was.

Following, it was decided that the next day should be focused on giving the museum a more narrow focus. 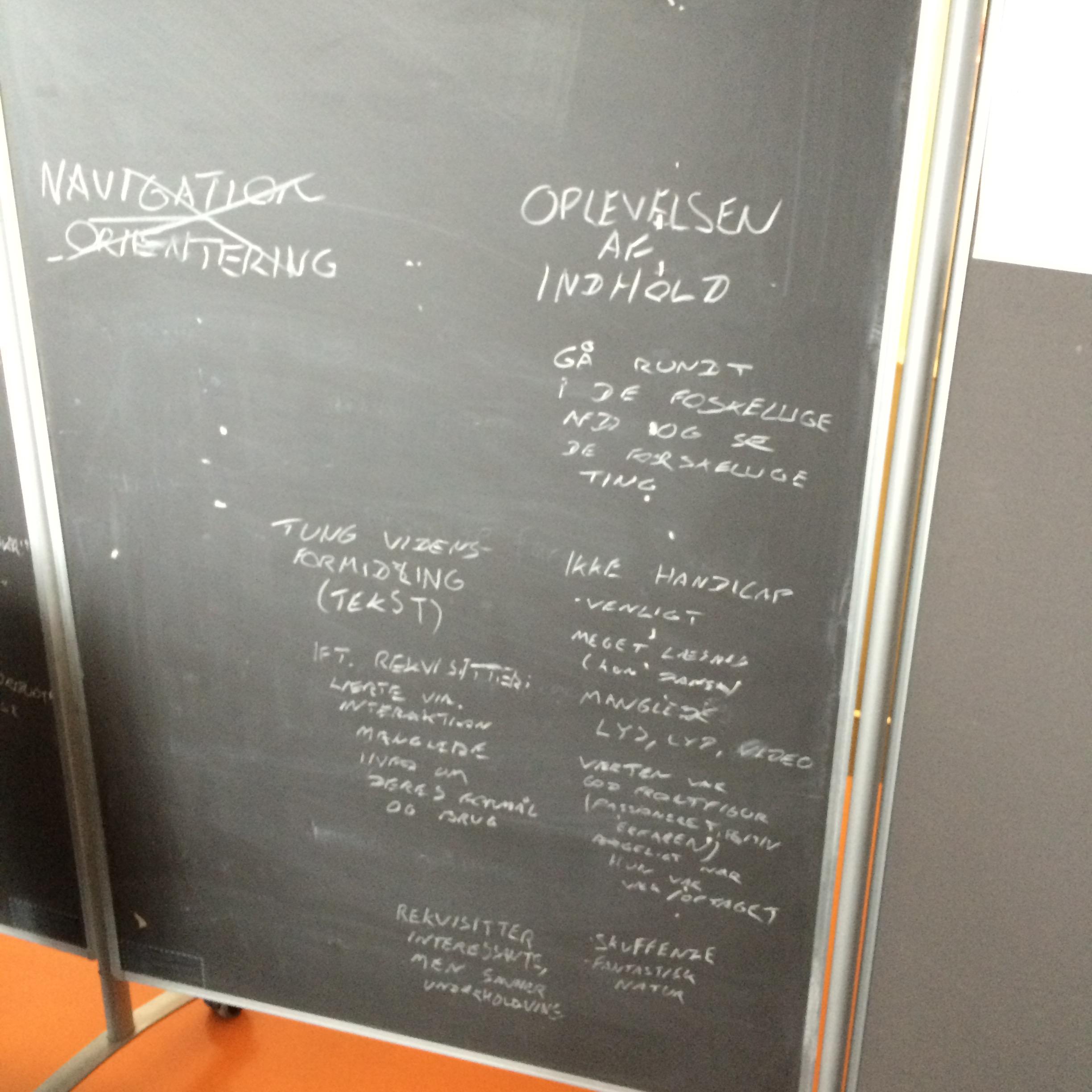 Wednesday was spent brainstorming to open up to all the possibilities of improvement for Hals Museum og Skanse, and also finding different theories and methods to improve and support our design process. Furthermore, we made a customer journey map to create an overview of the experience of the museum.
This allowed the whole group to be aware of the different observations, and these were used in a theoretical context.
With help from the design fiction model the experience as a whole and the desired direction was made clear.

Friday, these themes were distributed to the different rooms of the museum. 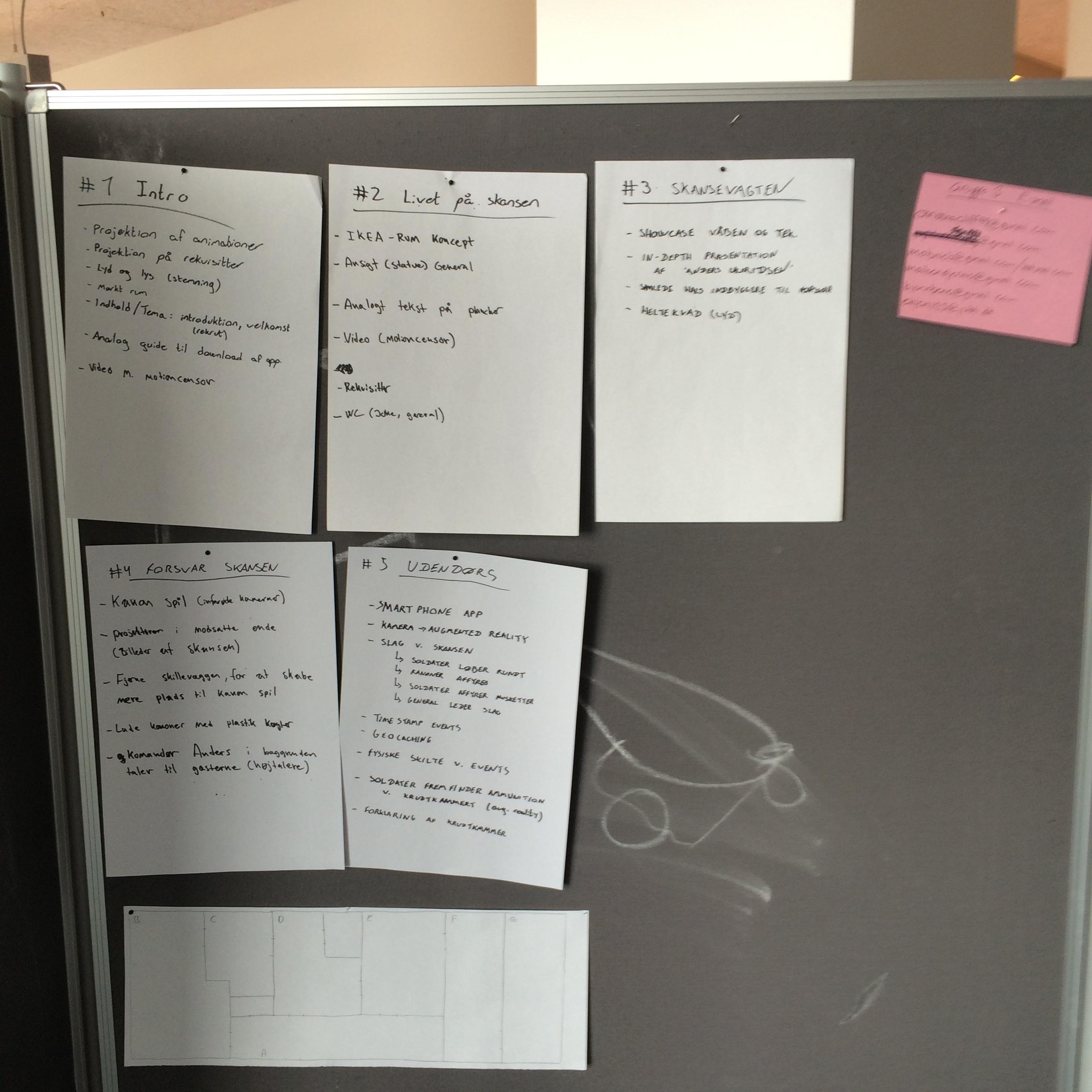 Monday was spent making a contract in which the priorities of quality was made clear. It was furthermore discussed how to bring these qualities into play. 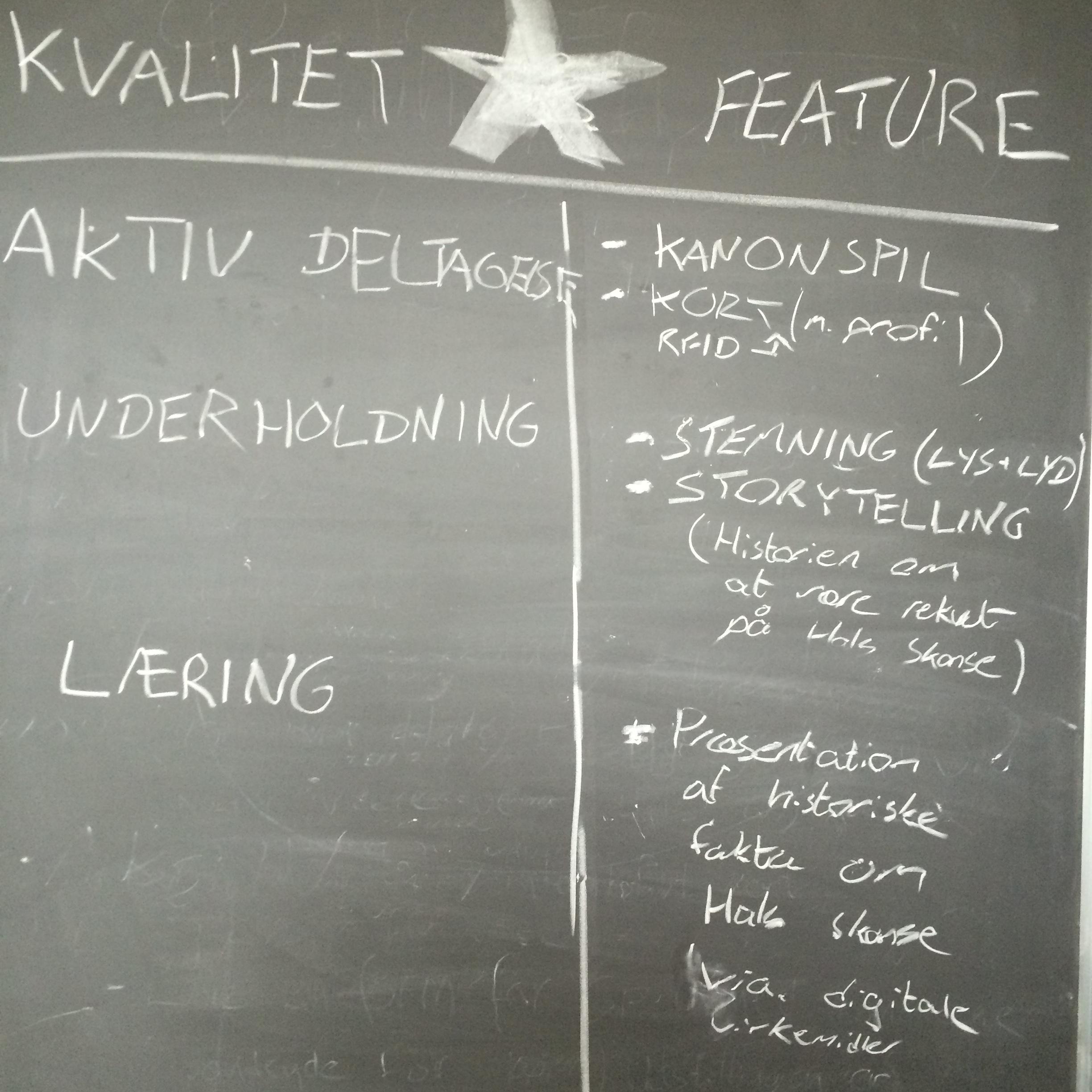 Tuesday we made storyboards for concept videos. 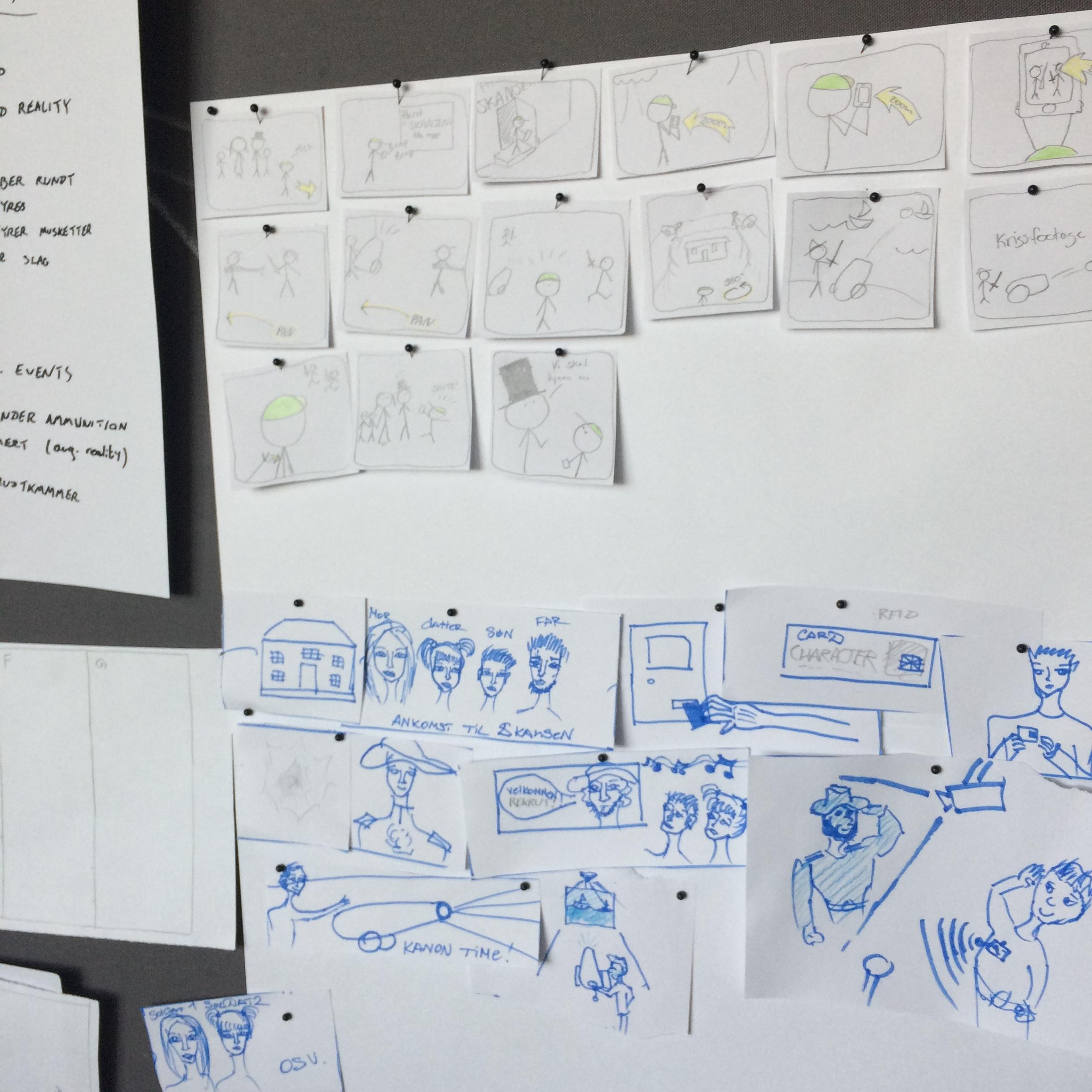 Wednesday was spent making stop-motion recordings for the concept videos. 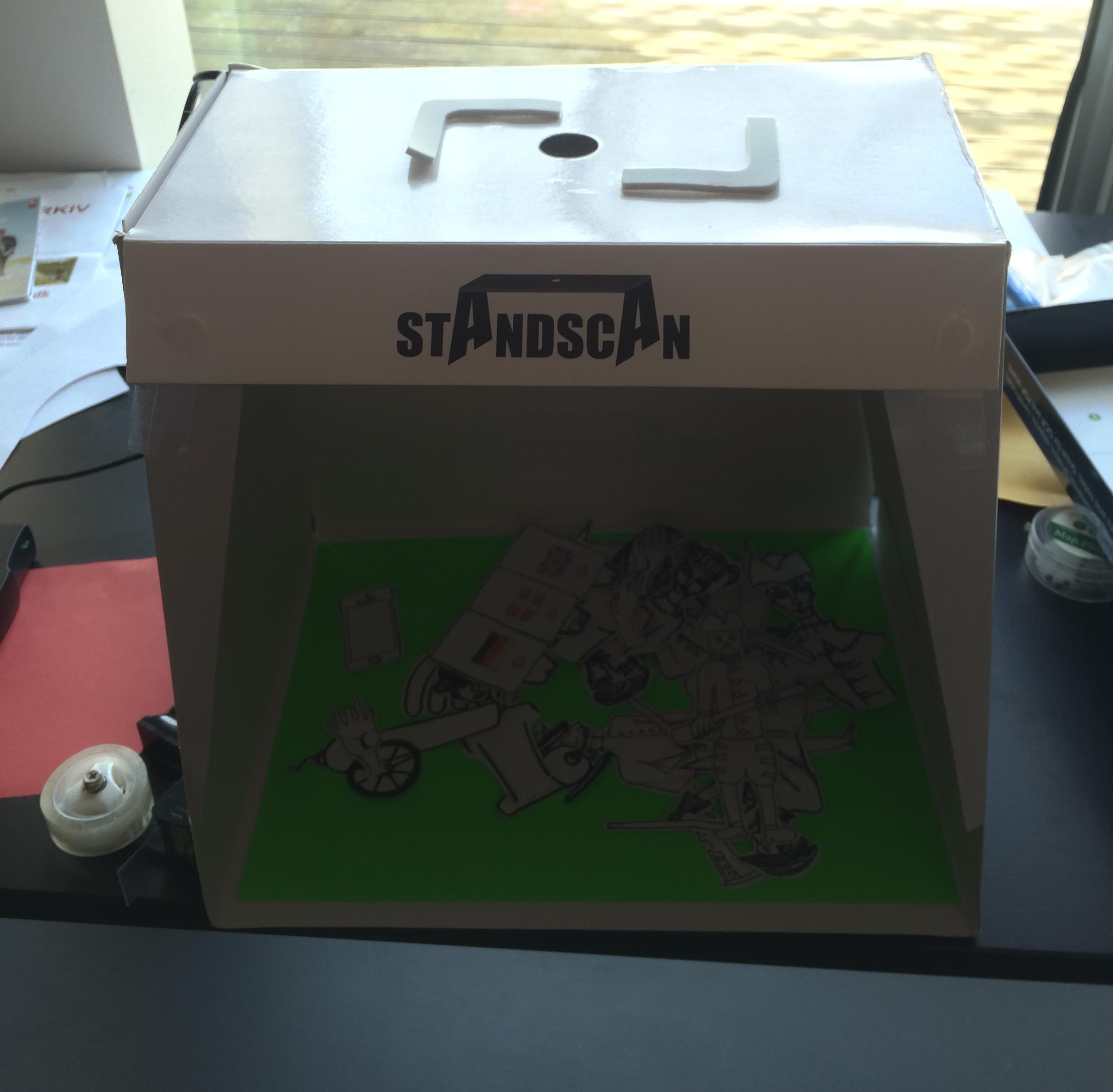 Thursday included feedback from several groups and afterwards a lot of editing of the final concept video.