Our casepartner SEA, Supporting Entrepreneurship at Aalborg University, asked for assistance in re-designet the Inkubator at Fibigerstræde 11, Room 39, so they can integrate the good ideas at the new AAU Science and Innovation HUB.

They figured that the physical environment in the auditorium was crucial in terms of a motivating and creative learning process. This is where we come in:

Our task was to come up with a concept of how to facilitate this. Through research, analysis and idea generation were to conceptualize these improvements to the auditorium.

Monday the 11th of September

The first part of the process was about learning the full perspective of the case. In termes of that we had a meeting with representatives of our case partner. We got more introduction to the Inkubator and we got more insights in the challenges they had.

At first they had arranged time for a tour and the possibility of speaking to start-up teams and employees of the Inkubator. At the meeting they proposed for us to attend a workshop for our field work.

Tuesday the 12th of September

Tuesday we mostly tried to plan how we were going to collect the data we wanted. We talked about perspectives of participants and employees. We talked about doing interviews and we discussed the possibilities for them to express their needs in more creative ways.

The idea we came up with was an exercise for them to design the ideal work space for entrepreneurs with no restrictions. We supplied the participants with af big white board to illustrate a room, and they were given magazines, coloured paper etc. for inspiration and build “The Perfect Environment” for entrepreneurship.

Furthermore we planned to attend the workshop in the afternoon to see what challenges the workshop participants had during the 4-hour workshop.

Wednesday the 13th of September

On Wednesday we attended a workshop on business modules arranged by SEA. The first few hours was dedicated to see the facilities and ask any questions that might come up. We also used those hour to hold our own workshop as we planned the day before. Five people attended, and unfortunately all of them was not regular users of the Inkubator, but there were also some employees of SEA who attended. Our workshop went great, and we got a lot of insights from both users and employees of the Inkubator. 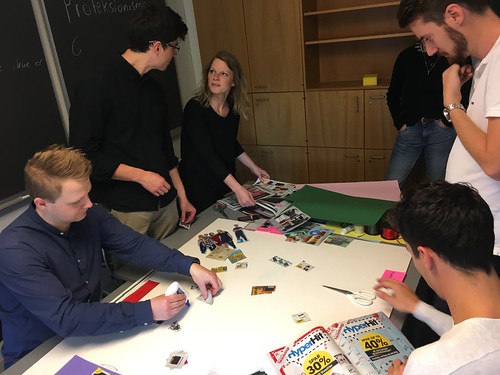 At 16:00 the originally planned workshop began. 40 people attended, and that includes U-CrAc observers. We both observed and took an active part in the workshop, which was about socialization, networking and insights on business model canvas. Our observations was mainly written on paper, but we did also capture video and took pictures to remember relevant information. 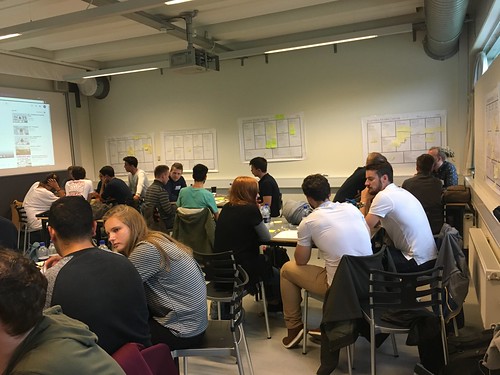 Thursday the 14th of September

We started analyzing our field work by judging our observations, which resulted in a minor categorization. Obviously some observations were about the same thing, so we ended up with 15 different areas of interest. We looked upon these areas and we discussed what was really at stake. This led to 6 values, which we discussed on how to improve. 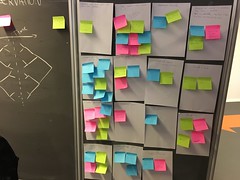 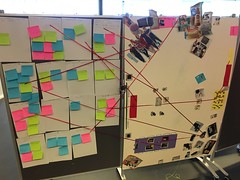 Friday the 15th of September

We made 10-15 concepts around ideas that we thought could improve the 6 values. Among these concepts there were cheap and expensive options. Some options would be easy to implement and some would make a rather big impact on the auditorium. 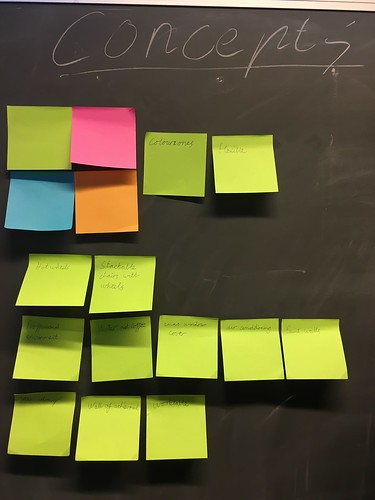 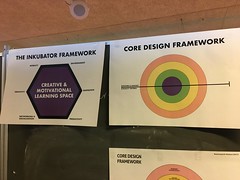 Monday the 18th of September

On Monday we met with our case partners and presented our findings, values, and concept ideas. The case partner identified the socializing/networking aspect as the most important value and we agreed to primarily focus on fulfilling this value. 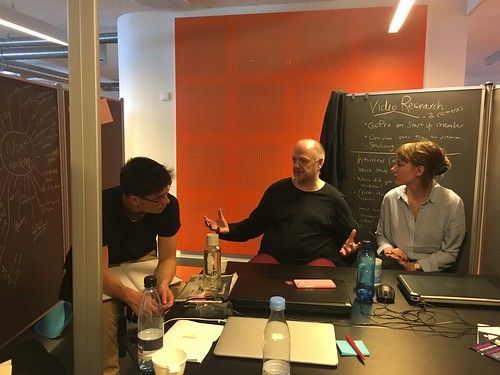 Tuesday the 18th to Wednesday the 20th of September

We spent three days experimenting with both filming and stop-motion animation and chose to use filming partly using green-screen as we found it the most appropriate way to demonstrate our concept ideas. During this process we also learned how our design concepts could work in the real world by acting through the concepts. 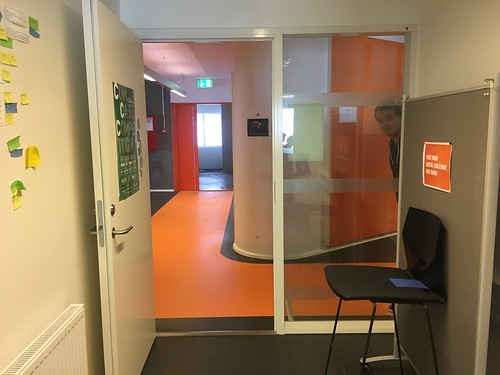 Thursday the 21st of September

In this session we got valuable feedback from our peers that highlighted the parts of the sketches that needed better clarification and storytelling to get our concepts across the most effective way. We spend the rest of the day planning the final production on the following day.

Friday the 22nd of September

We spent this day to film additional scenes, recording voice overs, creating animation, and complete the editing for the final sketch.